Welcome to my blog, which I started way back in December 2002 - long before social media was a thing! With the advent of Facebook, Twitter etc. I don't write that often here now, but you never know when I might feel the urge to do so.

Who is this lady?

When I started on the process of transition 10 years ago I didn't even dare expect to succeed, much less to be accepted and in any way "successful" (whatever that means).

Thankfully I've been blessed (or lucky if you prefer) in that regard, and all things considered I think I've done OK. Despite what has happened with my birth family, my church, friends (both old and new) are great and I couldn't ask for a better family than Beth's. I'm happy, and (by any definition of the word excepting the purely materialist one) successful. That does me fine.

One bonus I didn't dare expect was that I now don't need to make any effort to be accepted - I just am.

If I needed any proof of that, I've certainly had it in the past year since I started volunteering on the Swanage Railway (a very friendly organisation I can highly recommend if you fancy pitching in). The area I'm based in (Swanage Motive Power Depot) is quite probably the most grimy of the lot, and I'm regularly up to my neck in coal dust, grease and paraffin.

But that doesn't matter to those around me. To those who know my history it's irrelevant, and to those who don't they probably either wouldn't think of it or they wouldn't care anyway. It's not like there aren't any other female loco crews there either - quite the contrary, in fact. 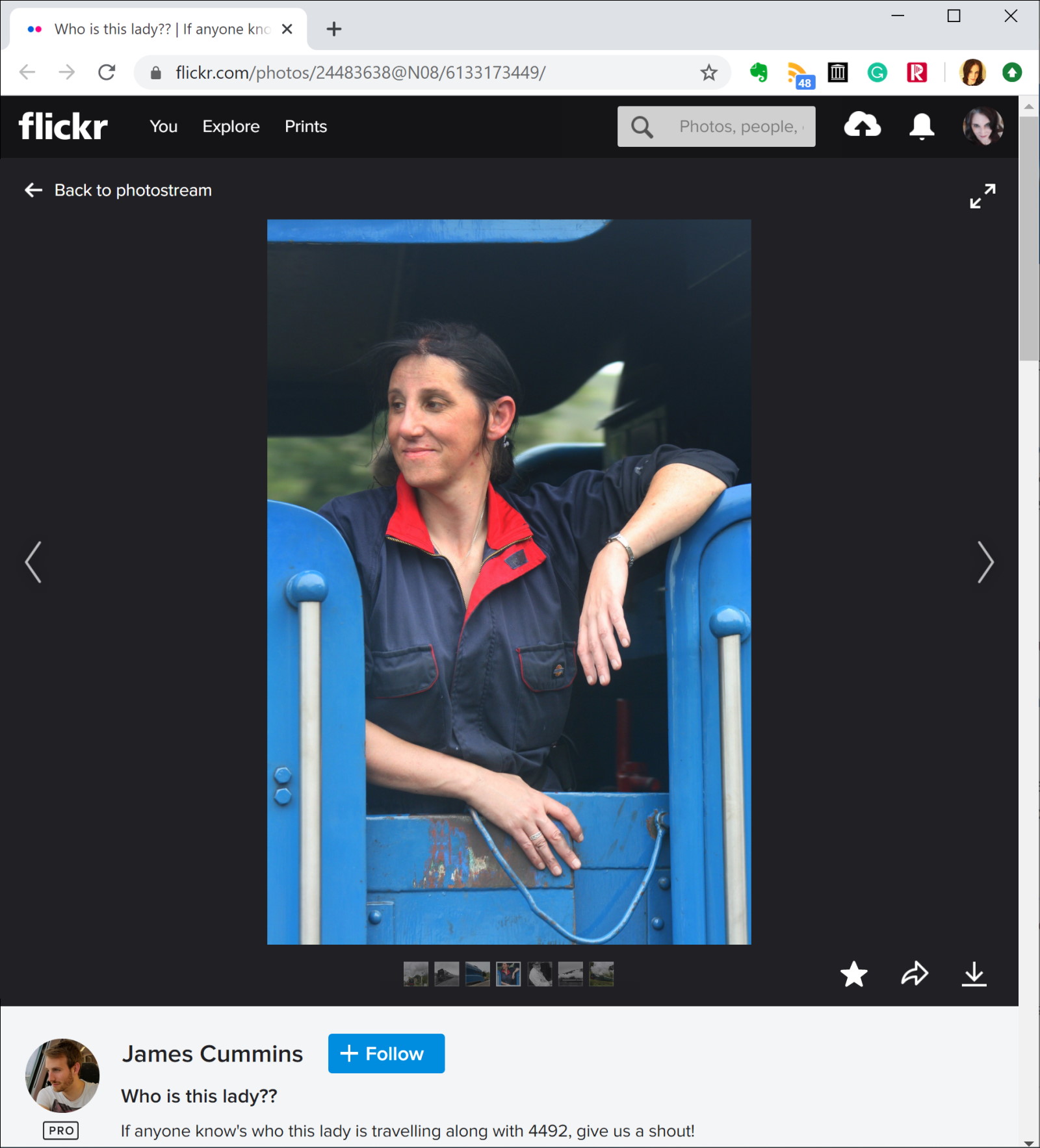 At the steam gala this weekend I was offered the opportunity to ride shotgun on one of the visiting engines (an A4 pacific, no less) and was snapped by a photographer on Flickr. Never mind how much of a mess I think I look, his caption "Who is this lady?" says it all, I think!

It was an fun experience, though as I didn't actually have anything to do on the footplate I was a bit of a tourist on the loco that afternoon.

Who knew that LNER A4 pacifics had leather seats, though? 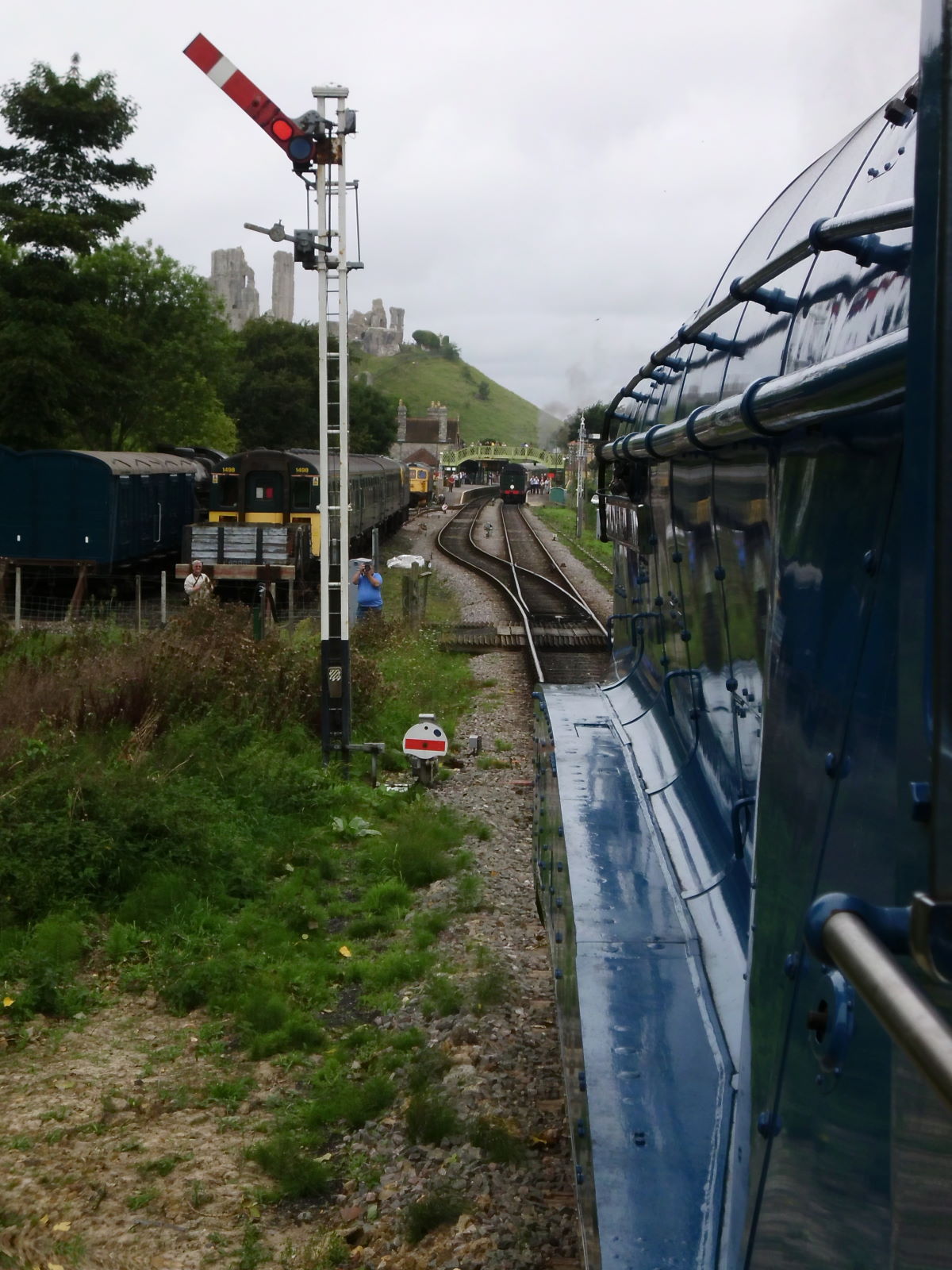 Corfe Castle, as seen from the footplate of 4492 "Dominion of New Zealand".
https://www.flickr.com/photos/jalapenokitten/6292561821